To adjust letter and lines spacing (aka inter-character and inter-line spacing), add a text frame on your canvas, or select an existing text frame.
On the right side of the screen, click on the A icon to access text properties. Line & Letter Spacing options appear below basic font features. Adjust the properties of either by either moving the sliders left-right, or by manually entering precise values (click on the number next to the slider. 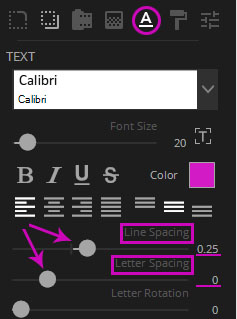 Letter spacing controls the distance between letters in your text frame.

In the example below, the default 0 spacing has been adjusted to 0.15, resulting in the characters moving further apart. Using a negative value will cause the characters to move closer together, even overlapping. 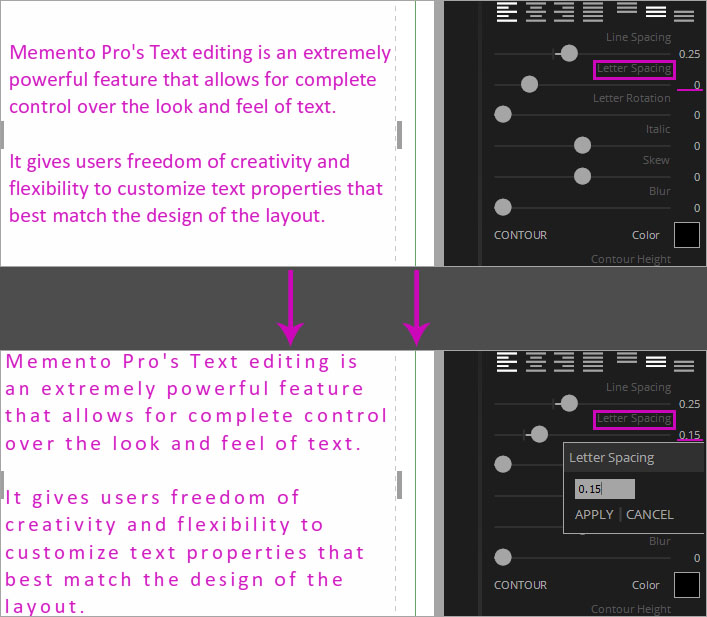 Line spacing affects the amount of space between lines of text.

In the example below, the default 0.25 spacing has been changed to 0.8, which increases the distance between lines of text. Changing the number to a negative value will shrink the space between lines, even resulting in overlap. 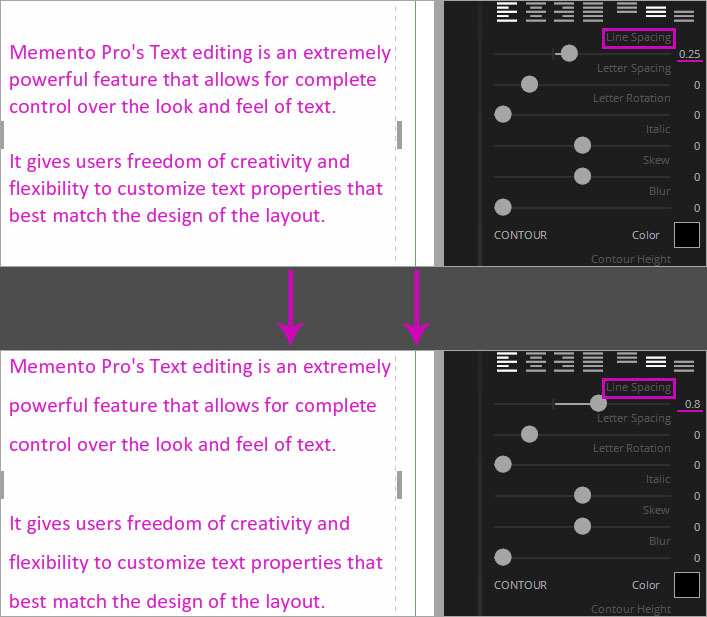